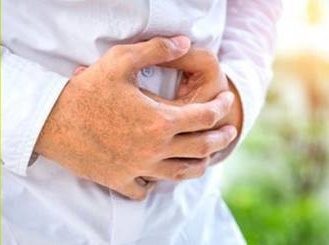 Leaky gut has been responsible for numerous diseases and illnesses related to food allergies and hypersensitivities. More and more attention is presently given to gut microbiota. The decryption of the microbiome has opened new insights on this complex network of microorganisms living in symbiosis with the host and being an existential importance for overall human health. Only a limited fraction is known about these microorganisms, and we still need to understand how the microbiota acts and reacts.

Some research has been made to associate a particular enterotype with obesity or thin subjects. Early studies suggested that an abundance of Firmicutis over Bacteroidetes could be linked to obesity. However, there are a number of recent studies that suggest an overgrowth of Bacteroidetes is linked to obesity. The reason for this is that members of these phyla may extract more energy out the food than others. Probably just identifying the microbiota on a phyla level isn’t enough, as these phyla are quite heterogeneous and can be both beneficial as well as harmful to the host. Numerous studies have shown how the microbiota can be affected by diet and changed in terms of abundance and diversity. This is not surprising, if you feed a particular bacterium with his preferred substrate, it is normal, that it will develop at a higher rate.

So, by choosing the appropriate foods everybody has the option to either optimize their microbiota or to deviate it into dysbiosis.

Recent studies have also pointed out the importance of certain bacteria for the immune response, particularly inflammation, and oral tolerance, but also to self-tolerance. Two species seem to stand out, namely Akkermansia muciniphyla and Faecalibacterium prausnitzii. Akkermansia can degrade mucin and use it as a sole carbon source. The degradation products then serve Faecalibacterium prausnitzii as substrate. Beside Clostridium Cluster XIVa and Bacteroides, both Akkermansia and Faecalibactrium, are potent producers of small chain fatty acids, like butyrate. Butyrate is essential for the epithelial cells and the immune response. Immune response in the gut is mainly orchestrate by TH1, TH2, TH17 (T-helper cells) and Treg (T-regulatory cells) lymphocytes.

TH1, belonging to the innate immune system is mainly active in cell-mediated defense mechanisms against infectious agents, TH2, the humoral adaptive immune system is implicated in type 1 allergy. More and more attention is given to TH17, a potent activator of IgG production, or TH1-TH17 when it comes to inflammatory responses against foreign and self-proteins, namely oral intolerance and auto-immune reactions. As a counterpart, Treg with the release of IL-10 and TGF-β promotes the anti-inflammatory part, responsible for oral tolerance and self-tolerance. Increasing attention is given to the ratio between TH1-TH17 to Treg. As we are living in a pro-inflammatory environment, strengthening Treg seems to be essential for a healthy gut and limiting leaky gut.

Two major approaches should be carried out simultaneously:

The best way to identify personal pro-inflammatory triggers is to test for pro-inflammatory IgG against food. IgG4 is not recommended as IgG4 is not pro-inflammatory and is not belonging to the TH1-TH17 pathway, but to the TH2 pathway. The identified foods must be avoided for an extended period of time to enable the gut mucosa and microbiota to recover. Recent studies also point out that leptin, mainly produced by adipocytes reduces Tregs. Fasting on the other hand restores Tregs activity. Losing weight could also promote positive effects on Tregs.

First, an assessment of the present flora should be performed. Testing for the sufficient presence of Clostridium cluster XIVa, Bacteroides, Akkermansia muciniphyla and Faecalibacterium prausnitzii is recommended. These microbiota are responsible for most of the anti-inflammatory actions and production of short chain fatty acids that are essential for the gut mucosa. Depending on the outcome, specific measures can be initiated. As Akkermansia and Faecalibacterium aren’t accessible as probiotic, stimulation for their growth must be achieved by the supply of specific nutrients. Probiotics, in particular Lactobacillus and Bifidobacterium species are helpful, as they provide lactic acid, which serve as substrate to be converted into butyrate.

Vitamin A, vitamin D, Vitamin B9, Vitamin B3 all stimulate colonic Tregs and reduce inflammation. Also, polyphenols, which are not easily absorbed and hardly passed into the bloodstream are used by commensal microbiota. Sufficient supply of prebiotics, indigestible fibers, like resistant starch, inulin promotes Clostridia Cluster XIVa and Prevotella. Avoiding gluten could be beneficial for everybody, even in absence of IgG to gluten, as gluten seems to be actively involved in opening tight junctions, thus contributing to the development of leaky gut.

Only simultaneous action on the gut microbiota and the avoidance of IgG positive foods is the key for success to improve gut permeability, restore oral tolerance and prevent auto-immune diseases.