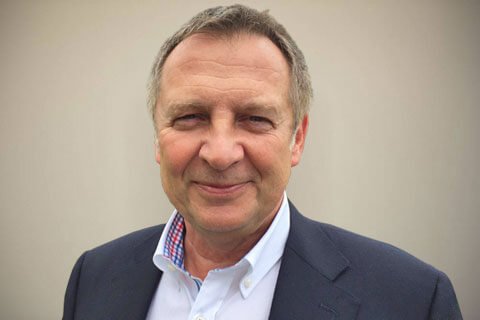 Undoubtedly food plays a major role in health and disease development in humans. On one side it is essential for a normal development of the organism, on the other side it can alter normal functions, cause chronic diseases (best known is coeliac disease) and even lead to anaphylactic shock. This is an abnormal reaction of the immune system against a harmless protein. Generally this type of acute allergy is believed to be caused by IgE reactions. But little is known about the chronic inflammation induced by food. Determination of specific IgG to food seems to be the best marker to identify concerned food causing low grade chronic inflammation. Elimination diets based on IgG guided findings ameliorate significantly a range of chronic illnesses.

New evidence for the role of IgG mediated immune response

A new scientific publication Jönnson et al. (1) showed and reproduced previous scientific findings (2, 3, 4, 5) that IgG can also be implicated in anaphylaxis. However, it appears that larger amounts of antigens and antibodies are required than in case of IgE. The assumption cited in all the past literature, which also is the basis of the arguments from allergologists, that IgG represents a “normal” reaction with no clinical impact must be rejected, even in type 1 allergy. Calderon et al (6) showed that IgG and IgA isotypes were significantly detected, even in the absence of IgE, in the three allergic conditions. All allergic patients, including those showing only IgG and IgA antibodies, significantly ameliorated their symptoms; the levels of beef-specific antibodies were considerably reduced in response to a cow meat exclusion diet. Calderon further concluded that specific IgG and IgA antibodies coexist with IgE antibodies in sera from allergic patients and are significantly associated with the clinical course of allergic disorders, particularly with asthma. It is likely that in humans IgG mediated reactions will predominantly cause milder reactions. Also these reactions can occur delayed in time. Also food is not injected, as in the model of Jönnsen, but resorbed from the gut mucosa. This will lead to a dilution of the antigen and the reaction will become dose dependent, a phenomenon observed in IgG positive food challenge.

Mullin et al (7) describes the difference of food allergy mediated by IgE and delayed food allergy mediated by IgG. A major difference between several tests on the market is the type of IgG tested. IgG is divided in 4 subclasses, IgG1, IgG2, IgG3 and IgG4. IgG4 is related to a type 1 allergy and can be considered as the antidote of IgE. IgG4 does not opsonise the antigen and does not activate the complement (8). IgG4 is a scavenging antibody not inducing inflammation (9, 10). IgG1, IgG2 and IgG3 have all opsonising properties and are able to activate the complement, necessary for an inflammatory response (8). IgG4 is not recommended for the detection of adverse food reactions, as also stated in the position paper of the EAACI (11). IgG4 is present in blood in much lower concentrations than the other subclasses. The sensitivity of ImuPro 300 test towards IgG4 is adjusted in a way to only detect very high levels of IgG4, commonly reported as RAST class 6. This is important because lower values of IgG4 are irrelevant, but higher values of IgG4 could generate histamine, which could lead to pseudo-allergic symptoms in subjects with low DAO-activity (12). Therefore it is preferable to avoid these foods too.

Not all IgG positive food lead to specific symptoms

The main criticism brought forward in all papers denying the relevance of IgG is that not every positive IgG reaction leads to a symptom. Therefore, these reactions are often qualified as « non-specific » or « false positive ». By the way, these allegations are also correct for the gold standard in type 1 allergy, IgE. Not every positive IgE is automatically related to a symptomatic allergic reaction. Provided the test system used has no technical reasons for such false positive results and that the presence of the detected IgG is real, this result should obtain the same attention than any food causing a specific symptom. We could observe that every IgG positive food was responsible of water retention, a sign of an inflammatory reaction. Another point of criticism is that IgG guided elimination diets lead to the elimination of too many foods, which causes malnutrition. This is absurd as in the ImuPro concept we have two important factors avoiding such malnutrition:

A mid-aged man was positive to milk, yeast and some other food including gluten. Milk and yeast could be addressed to 2 individual symptoms, while gluten and the rest were responsible for water retention. After one year the man got a tendinitis, after excessive workout. Normally after one to two weeks tendinitis would disappear. In this case tendinitis sustained, even after anti-inflammatory treatment. It turned out that by avoiding gluten, tendinitis disappeared. A challenge with gluten could produce a relapse of the joint pain. This case demonstrates that one needs a sensitized tissue that is coated with adhesion molecules to attract and fix circulating immune complexes, which are then destroyed locally.

If the food is eaten regularly, the chronic inflammation will soon or later occur locally and lead to a specific symptom. This is also the explanation why not every food causes a specific symptom or the same symptom. It is strictly dependent of the individual predisposition. But it is also the explanation for the wide spread indications, which are positively affected by food elimination based on IgG. It depends on the genetics, previous traumas or infections of the subject. It also demonstrates that food is not the primary cause but that food is the ongoing trigger for inflammation and related diseases in presence of an IgG response. Therefore the identification and avoidance of such a food is extremely important for a possible cure.

The papers brought forward by the Allergy Society to show the uselessness of IgG is strictly dealing with type 1 allergy. None of the papers cited (13, 14, 15, 16, 17, 18,19, 20, 21, 26) rely on scientific works of IgG mediated immune response. No published scientific papers are in support of the claims of allergy societies. All statements done are polemic and represent the personnel opinion of some individuals without support of scientific works. Old statements of certain medical societies are repeated which have been refuted in the past years and which are strictly related to type 1 allergy. A scientifically conducted discussion must also consider all published papers in favour of IgG, which have become numerous in the past years. Increasing evidence for the role of IgG to food in IBS (27, 28, 29, 30, 31,44), inflammation and hypertension (32) migraine (33, 34, 35), respiratory diseases (36) Crohn’s disease (37), behaviour problems like schizophrenia (38, 39) and asthma (6, 36, 40, 45) is described.

I would also like to comment on the paper of Pelsser (41) who concluded « that the prescription of diets on the basis of IgG blood tests should be discouraged ». Firstly this statement is inappropriate because Pelsser didn’t even conduct an IgG based elimination diet – so how can she predict any possible outcome. You can only postulate the above statement when you compare an IgG based elimination diet to a control or other elimination diet.Neither has been performed. Pelsser justifies her statement with a non-significant challenge between IgG positive and IgG negative food. Both showed a high percentage of relapse of ADHD by 63%.

This result is not surprising if you know the way she performed the challenge that had strong technical mistakes. Instead of using single food items for the challenge, the children were allowed to choose from complex, processed food, like peanut butter, pizza, ketchup, and so on. The food was not selected and provided by the therapist, but could be bought in the supermarket. A challenge with these foods is inappropriate when you want to challenge IgG negative food, as you cannot rule out that these processed foods contain IgG positive food. The fact that these « IgG-negative foods » exhibited a relapse must be considered as normal and not as a failure of the principle. In practice, a significant improvement of ADHD in children and adults equally could be observed, by adjusting their diet according to IgG-findings.

Why choose ImuPro and not any other test?

I believe the main reason for the present controversy is that the allergy societies confuse specific total IgG testing with IgG4 testing, considered as useless in allergic diseases. In most publications in allergy research IgG4 was used as marker. As described above, the main indications for total specific IgG testing are not classical allergic diseases, as treated by allergologists, but chronic pro-inflammatory diseases, where no guideline medical treatment is successful. It is also critical to see that publications of allergy societies do not treat the topic scientifically by citing the pro and contra literature, but just the cons publications which are most of the time not even scientific papers. Another issue could be that in the past the reliability of certain IgG tests offered was not sustainable. But since ten years and certainly with the appearance of the ImuPro Complete test, things have changed. The high consistency and the reproducibility of the ImuPro Complete test have made IgG testing reliable and a new powerful tool to fight chronic inflammatory diseases by an individualized elimination diet. Certainly more studies are needed for complete acceptance in the medical society.

Finally some questions that need to be answered:

(29) R. Treating irritable bowel syndrome with a food elimination diet followed by food challenge and probiotics. Drisko J, Bischoff B, Hall M and McCullum (2006). J of the Am college of Nutrition. Vol25 (6) 514-522